Self-checkout lanes. Video bank tellers. Driverless cars. Delivery drones. As technology advances and machines become more sophisticated, many industries fear the worst, but will robots and artificial intelligence actually lead to the extinction of millions of American jobs? It depends on who you ask.

Some predictions from “futurists,” or experts who study technology trends, are dire. In 2013, an Oxford University researcher said nearly half of U.S. jobs—and 70 percent of low-skill jobs—could be performed by machines within 20 years.

High on the threatened species list are industries with high turnover, non-college educated workers, low creativite needs, and lots of repetitive tasks. According to the Oxford researcher, janitors have a 66.3% chance of being replaced by computers.

The reality will likely be less traumatic. So far, automation has been largely positive for most industries, creating efficiencies that save companies money and allow them to redistribute workers’ hours to more demanding tasks.

“Many people have knee-jerk reactions of fear and concern about the idea of robots taking over our industry,” says Michael Schaffer, president & CEO of Tornado Industries

“The truth is, that’s unlikely to happen in our lifetimes. Instead, innovation is just adding to the tools at our disposal to help us do a better job for our customers.”

Even if the worst predictions do come true, it will likely take decades to a generation or more to see wide-scale implementation of robotic workers.

So far, most machines are slower and more expensive than humans; truly feasible replacements are likely years away. Also, people are historically slow to trust and adopt new technologies; it will take time to convince employers and consumers to make a switch.

Automation is making waves the jan-san industry in ways both big and small. In recent years, there have been some headline-grabbing innovations: 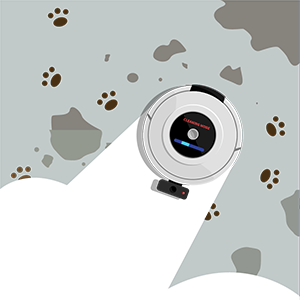 These futuristic technologies remain outside most janitorial budgets. That doesn’t mean the average BSC or housekeeping manager cannot incorporate automation into their operation. Equipment like automatic scrubbers continue to grow in popularity because they speed up cleaning and reduce labor costs, and technology has allowed the units to shrink in size so they can be used in more areas than ever before.

Also becoming more common are janitorial software and apps that automate everything from job scheduling and time tracking to project bidding and contract management.

While some long-timers in the jan-san industry may bristle at the idea of machines taking over some or all worker tasks, history has shown us that rebelling against technological advances is always a losing battle.

Rather than fight it, find ways to embrace new advances and take advantage of the opportunities they provide. Automation is a way to reduce costs and boost the bottom line. It is also a tool that can be used for increasing productivity by allowing workers to redirect their time from repetitive tasks to more important, customer-facing work.

“The companies most likely to survive and thrive in the future are those that look at technology as an asset, not a threat,” Schaffer says. “It is a slow, evolutionary process, but automation is proving it can advance our industry through productivity gains and better, safer results.” 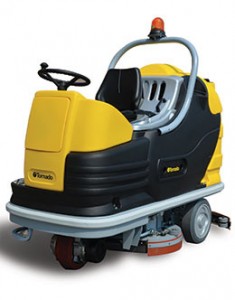